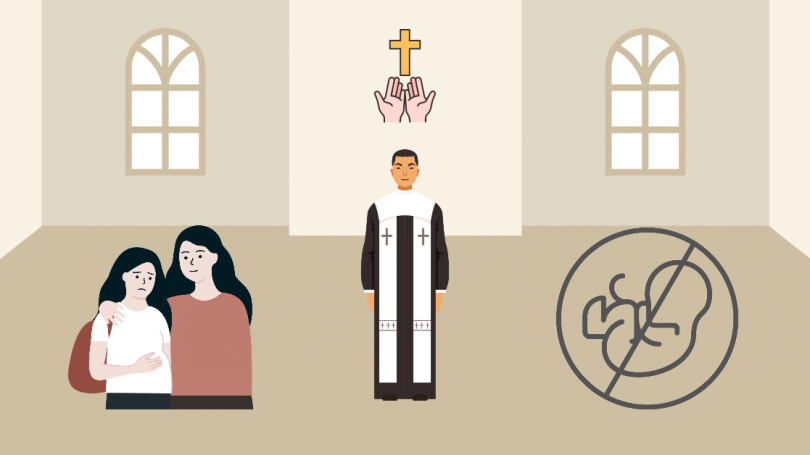 Abortion is one of today’s most pressing moral issues. This is a long-running conflict between the church and society. But what exactly does the Bible state about abortion? In this article, we will answer the question that most Christians have: Is abortion a sin in the Bible?

While the methods used in biblical times were very different from those used today, abortions were still known and used. For instance, the Greek physician Soranus asserted fasting, bloodletting, vigorous jumping, and lifting heavy objects as methods for ending pregnancies.

To put it simply, the Bible was written in a society where abortion was both legal and controversial. However, neither the Old Testament nor the New Testament of the Bible contains the Hebrew or Greek equivalents of the word “abortion.” That is, the subject is merely not brought up directly.

What Does the Bible Say About Abortion?

The word “abortion” in the Bible does not refer to the induced removal of a human fetus. Many Bible verses, however, express God’s perspective on human life, including that of an unborn child.

God also forbids us from taking another person’s life, and this includes abortion, as stated in the Fifth Commandment, “You shall not murder.”

A number of biblical passages, when read together, imply that prenatal human life has value. The verses of Jeremiah (Jer 1:5) and Psalm 139:16 show that a child’s life is a gift from God.

Is It Possible to Be Forgiven If I Had an Abortion?

King David committed murder; he plotted to have Uriah killed for his own benefit. David desired to wed Bathsheba, Uriah’s wife. David’s sorrow for his sin serves as an example of biblical repentance. In Psalm 51, he offers a timeless prayer of repentance.

Even after committing the dual crimes of adultery and murder, David is still believed to have been pardoned and brought back into God’s good graces. There are just as many reasons to think that people who have abortions can also be forgiven.

One only needs to approach God and confess the sin with a contrite heart to feel the profound liberation of forgiveness. Genuine and godly sorrow for having disobeyed God is a core part of contrition. It differs from the false form of repentance known as attrition, which is motivated by a fear of punishment. God will unquestionably pardon anyone who comes to him in sincere humility, repentance, and a firm resolve never to sin again.

When it comes to the legalization of abortion, Christians on both sides of the political aisle have invoked a variety of texts to claim that their particular political stand is biblically supported.

It is important to note that, despite the fact that the Bible was written during a time when abortion was legal, it never directly addresses the issue.

However, we should also instill into our hearts that God has given us life. He values all life, and this includes the life of a child in the womb. (Genesis 9:6; Psalm 36:9)