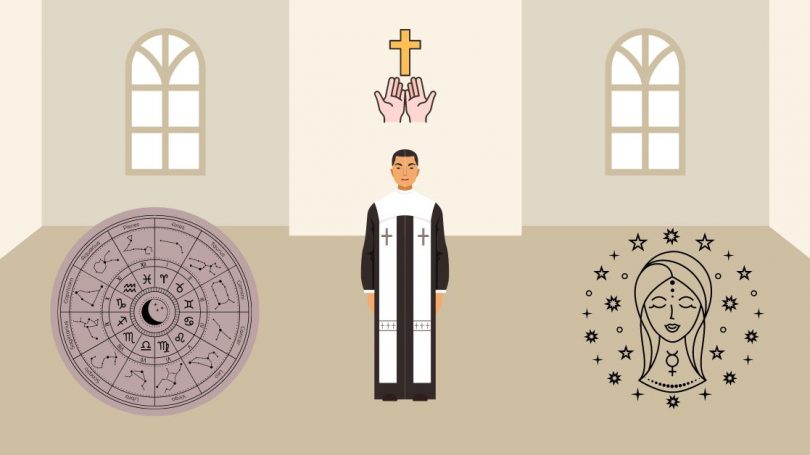 The Bible’s Answer About Zodiac Signs and Astrology

A lot is said in the Bible concerning stars. The central idea of the Bible is that God created the stars as a symbol of His greatness and power.

According to the Bible, God ordered all the stars into recognized patterns or groups known as constellations. Based on Job 9:9, 26:13, 38:31-32, and Amos 5:8, there are three stars found in the constellations: Orion, the Bear (Ursa Major), and “the crooked snake” or Draco.

The Scripture also explicitly mentions the Pleiades, often known as “the Seven Stars”. It says that God is the one who “fastens the bands” that hold these constellations together. He also possesses the single ability to bring these constellations into being, each in its own season.

The significance of the zodiac constellations and the theories surrounding them have also played an important role in demonstrating that some aspects of the Bible are closely tied to our common views of astrology and zodiac signs.

In the Bible, astrology is defined as the use of the stars and planets to influence human destiny—a practice that the Bible condemns. As stated in Daniel 1:20, God’s Prophet Daniel was humiliated by the royal astrologers of the Babylonian court.

In Daniel 2:27, the astrologers failed to correctly decipher the king’s dream. The astrologers are included in those who will be burned as stubble in God’s eyes (Isaiah 47:13-14).

Is it Sinful to Get Involved with Astrology?

Participating in astrology is forbidden by the Bible. This would include horoscopes and zodiac signs. Astrology is a deceptive belief system based on divination. God forbids His offspring from engaging in witchcraft or the occult.

Astrological signs teach that we are born into a zodiac sign, and our personality is determined by the day we were born. The Bible makes it plain that God is the one who created us and gives us our personalities (Psalm 139). God created each person uniquely.

Astrology and faith in the horoscope are described by Apostle Paul as sins that must be repented of. By believing in zodiac signs or astrological signs, you seek an astrologist’s interpretation of the stars and constellations about your destiny and personality qualities.

Unfortunately, this is a major violation of God’s will and purpose for your life. This is demonstrated when God instructed the Israelites to abstain from all Canaanite practices, including divination.

Getting to Know the 12 Signs of the Zodiac

In Western astrology, the Zodiac signs are constellations that emerge in the sky during the course of a calendar year. The birthday determines one’s zodiac. Each zodiac sign is associated with one’s particular behavioral characteristics. The signs of the zodiac are listed below.

Each of these 12 signs has upsides and downsides, as well as strengths and weaknesses.

Similarly, the different zodiac signs are connected with distinct personality types. Each of the twelve zodiac signs also represents one of the four elements: water, air, fire, or earth.

Astrology is the study and analysis of the stars to forecast potential future consequences for individuals. This idea is strongly related to divination. Divination entails the use of supernatural methods to learn about unknowable future events.

Astrologers feel that their comprehension of the effect of planets and stars is enhanced by their belief in zodiac signs. As a result, some astrologers believe that their knowledge of the stars and planets might aid them in predicting and influencing people’s fates.

Astrology is typically practiced using the 12 zodiac signs, with each sign having distinctive characteristics, strengths and weaknesses, and desires. Astrologers examine forecasts and projections regarding the planets, sun, and moon on the ecliptic at the time of one’s birth.

We are not identified as believers by an astrological sign. Our identity is found solely in Christ. Living or identifying as a believer based on their zodiac sign is neither healthy nor useful. This would be practicing divination and the occult, both of which are wicked.

Many people assume there is no harm in reading horoscopes or astrological books, yet there is a lot of harm in this practice and way of thinking. Participating in or believing in this sort of witchcraft is harmful to a Christian.

God created us with a passion and a purpose, and He is the source of all explanations for life’s questions. We should not look to the heavens, stars, planets, or people’s interpretations of them for guidance, but rather to Him directly.