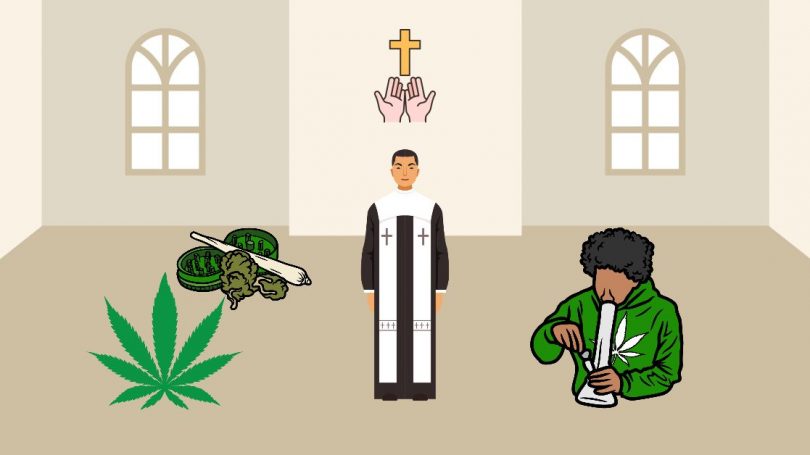 As Christians, we are aware that the Bible considers drunkenness to be a sin, but what about marijuana use? Is smoking weed a sin in the Bible?

While you might believe it to be a sin, many Christians disagree. The Bible does not specifically mention heroin, nicotine, or marijuana as being sinful.

Cannabis sativa or hemp plant flowers and dried, shredded leaves are combined to make marijuana. The primary psychoactive (mind-altering) component of marijuana, delta-9-tetrahydrocannabinol  (THC), is in charge of the majority of the euphoric effects that recreational users seek. The substance is mostly present in resin made by the female cannabis plant’s leaves and buds.

What Christians Think About Marijuana Use?

Christians debate on whether it is permissible for people to use marijuana. Some argue that it is sinful in any context and should not be used for therapeutic or recreational purposes. Others argue that, while losing control is wrong, there is a legal, responsible, and righteous way to use marijuana.

What Does the Bible Say About Marijuana?

Many drugs, including heroin, nicotine, and especially marijuana, are not mentioned as sins in the Bible.

However, some Christians argue that 1 Peter 5:8 indicates that using marijuana is sinful. This bible verse says “Be alert and composed. Your adversary, the devil, prowls around like a roaring lion looking for prey.” Thus it is interpreted that anything that clouds your mind, such as marijuana, clouds your path to God.

The primary function of marijuana is to get you high and experience the effects of the cannabis strain you are smoking. When you use marijuana, you give up control to an outside force and release self-control.

In 1 Peter 4:7 the bible says we should be self-controlled and sober-minded for the sake of our prayers. This shows that not being sober and the inability to control oneself is not godly.

It is also said in 1 Corinthians 6:12 that all things are lawful and we should not be brought under the power of anything including weed.

Is Smoking Marijuana or Weed Really a Sin?

Too much of anything, as they say, is bad for you. If you call yourself a “pothead,” you are most likely dependent on marijuana and are completely unaware of it. Whatever others say, I find marijuana to be highly addictive.

If you or someone you know is struggling with marijuana use, reach out to experts for assistance.

Despite its commercialization, marijuana has the potential to cause physical and spiritual harm. Marijuana smoking is clearly against God’s will and is sinful behavior.

God desires us to be healthy and to experience the joy of the Holy Spirit. Marijuana is not a part of that equation in any way. God warns us about the dangers of drugs and the inappropriate behavior that comes with them.