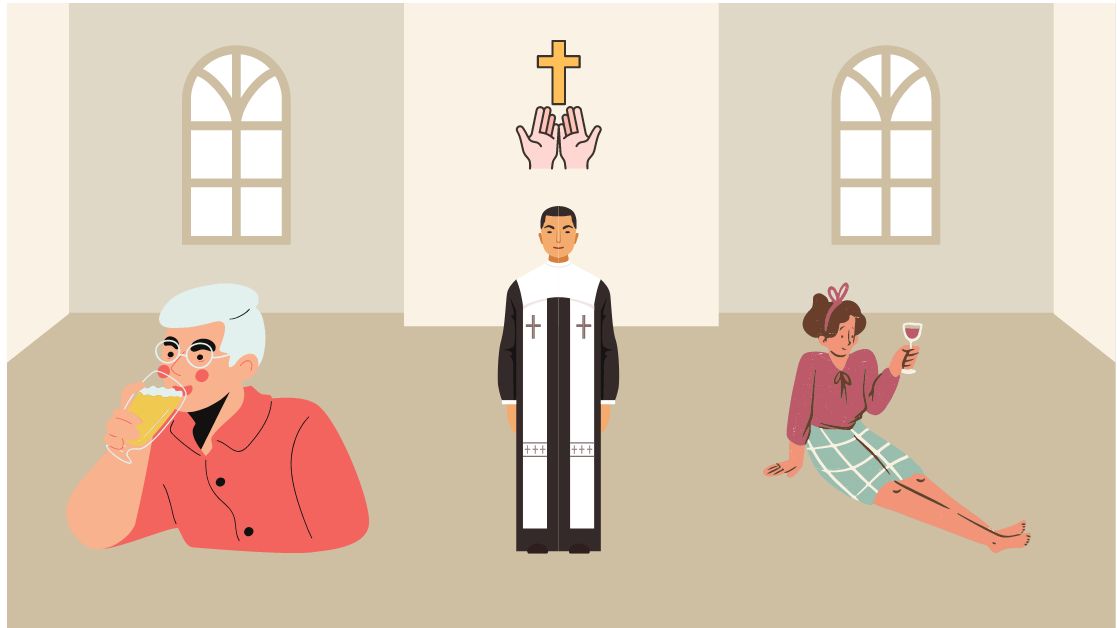 Generally speaking, drinking alcohol is not a sin for Christians.

While there is no one answer to this question, as different people may interpret the Bible differently, there are some things that are generally agreed upon when it comes to drinking alcohol.

What does the bible say about alcohol consumption?

The Bible describes the wine as a gift from God that can make life more enjoyable. (Psalm 104:14, 15; Ecclesiastes 3:​13); The medical benefits of drinking alcohol are also mentioned in 1 Timothy 5:23 and Matthew 26:29-31 where Jesus fulfills contracts by turning water into wine for guests at a marriage feast but this miracle isn’t something everyone would find entertaining or humorous because there’s no laughter involved during these transactions which can lead people away from understanding what true spirituality entails

Is drinking alcohol for Christians a sin?

Most Christians believe that drinking alcohol is not a sin, but that it should be done in moderation. This is supported by scriptures such as Ephesians 5:18, which says, “Do not get drunk on wine, which leads to debauchery. Instead, be filled with the Spirit.”

The water was not very pure in the New Testament era. The water was frequently contaminated with germs, viruses, and other toxins due to a lack of contemporary sanitation. Many third-world nations still hold this belief today.

Because wine (or grape juice) was much less likely to be tainted, people frequently drank it. Paul told Timothy (1 Timothy 5:23)  to switch from drinking only water, which was presumably causing him stomach issues, to wine. The wine was fermented (and hence included alcohol) back then, though perhaps not to the same extent as it is now. It is false to claim that it was grape juice, but it is also false to assert that it was the same as the wine that is frequently consumed today.

While the Bible does not explicitly say that drinking alcohol is a sin, it does caution against excessive drinking, which can lead to drunkenness and debauchery. For Christians, then, it is important to drink in moderation and to be aware of the dangers of excessive drinking.

Interestingly, Jesus himself was known to drink wine. In John 2:1-11, we see the story of the wedding at Cana, where Jesus turns water into wine. Some Christians believe that this miracle shows that Jesus approved of alcohol consumption.

Others, however, interpret this story differently. They believe that Jesus turned the water into wine because it was a wedding and that he was simply providing what was needed for the celebration. They do not believe that this story is meant to condone excessive drinking or drunkenness.

How much is too much alcohol according to Bible?

The Bible speaks many times about how drinking alcohol affects people. One of the most prominent examples is when Job was warned by God that he would become wages thinner than straw due to his prolonged admiration for beer, which led him to various sins including quarreling and committing crimes (Job 12:25; Psalm 107:27).

Another example can be seen in Proverbs 23:29-30 where it says “You watering pots brag as though you were wise yourselves! rinse out your mouth…whoever drinks all himself will thirst again.” It’s clear from these verses why excessive drinking leads us down a slippery slope toward disaster — drunkenness.

God expressly forbids abusing alcohol. Long-term or even occasional overindulgence is condemned by the Creator. We do not, however, come across a broad condemnation of any alcohol consumption.

In Luke 21:34, men were cautioned by Jesus Christ to beware of “carousing, drunkenness, and cares of this life”. In Galatians 5:19-21, Paul also stated that males should refrain from engaging in “drinking” as one of the “works of the flesh”. The word “drunkenness” is used in both instances, which refers to drinking alcohol excessively.

To sum up, there is no definitive answer to this question as it depends on interpretation. However, many Christians believe that moderation is key when it comes to drinking alcohol. This means not drinking to the point of drunkenness or debauchery.

Drinking as a Christian

As a Christian, it is important to be mindful of how much you drink and to be aware of the dangers of excessive drinking. Moderation is key, and it is also important to be respectful of others who may not drink at all. Remember that each person is on their own journey with God, and what is right for one person may not be right for another.

Ultimately, whether or not Christians should drink alcohol is a personal decision. Some Christians may choose to abstain from drinking altogether, while others may drink in moderation. What is most important is to be respectful of others and to be mindful of your own relationship with alcohol.