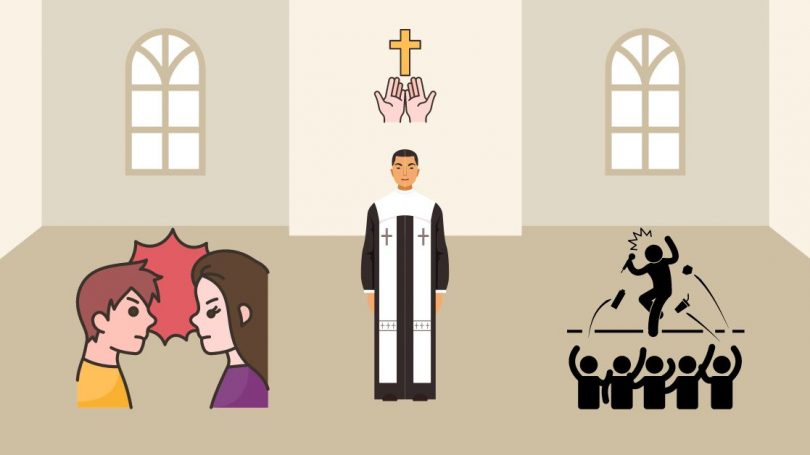 The Bible makes it abundantly apparent that God is love. He is the provider of true life and the source of all love. Because of this love, which is eternal, life will last forever. Does this mean that hate is a sin in the Bible?

The immoral opposite of that love is hate. It is the impetus behind a lot of the evil things individuals do. Sometimes it’s hatred of others, hatred of a process, or hatred of oneself.

The Bible has much to say about sin, emphasizing its harmful effects, pernicious character, and how it grieves the Lord. Knowing the love of God is to be touched by true love, and embracing that enables people to overcome the fleshly drive to hate and become more like Christ.

Because it allows people to believe that other people are not also created in the image of God, hatred is an emotion that pits man against his creator and his fellow humans and harms everything it comes into contact with.

What does the Bible Say about Hate?

The Bible speaks about hatred, as it does about many other subjects. Jesus Christ, who came to earth to suffer on the cross and atone for humanity’s sins, exemplified the opposite feeling and behavior.

The Bible makes very clear declarations about what hatred is. First, a lot of passages define hate by demonstrating how it contrasts with God’s character. One learns what hate is by understanding what it is not by contrasting it with love and goodness.(Proverbs 10:12, 15:1, 15:27, James 1:19)

Hatred has a tendency to arise in situations of conflict. It causes strife, conflict, malice, and rage. Sin is a result of the bad emotions it is associated with. The Bible demonstrates how engaging in hate results in specific outcomes, making it easier to recognize hate as a driving force behind wicked behavior. (1 John 3:15, Leviticus 19:17, Proverbs 10:18, James 4:1-2)

As stated in various scriptures, the world is filled with hatred and finally turns against God by hating His people. (Matthew 10:22, John 7:7, 17:14)

Why Is Hatred Dangerous?

Many individuals face rage, and some even have angry outbursts that have a negative impact on their relationships. Being angry with someone does not imply that the relationship is hostile.

Modern psychology recognizes distinctions between the two, with rage being a fleeting emotion, even for individuals who struggle with anger management.

Anger can and often does lead to hatred, but they are not always synonymous. Hatred causes people to rebel against God, which means that deeds motivated by hatred constitute rebellion.

According to 1 John 3:14-15, if someone claims to be a Christian yet is hostile toward others, they do not have the Holy Spirit and are not genuinely saved.

Hate is inextricably linked to death, and just as Jesus labeled someone who embraces lust an adulterer, someone who harbors hatred is murdering his brother in his heart. Hate is dangerous because when carried to its logical conclusion, it is the desire to remove another person’s humanity.

Hatred goes beyond mere emotion. It is a way of being that includes decisions, actions, and ideas. Because the person who is hating separates themselves from the other, it divides people rather than unites them.

Death results when this hatred is acted upon. This can regrettably also mean the death of another person. Sometimes it is spiritual or relational. The impulse to eliminate another person’s humanity is what makes hatred dangerous.

Jesus offered His life for each person because He cared about them so much and wanted them to experience eternal life. Hate, in all its manifestations, stands in the way of the gospel and turns people away from God’s goodness and love. Christians who embrace God’s love will be strengthened to love in the face of the world’s contempt and will be able to resist the temptation to hate.