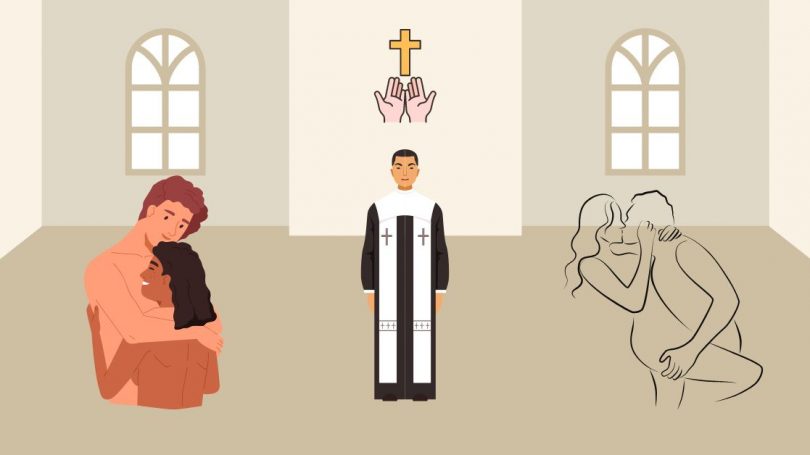 For some, sex is one of the good ways of expressing their mutual love. But is premarital sex a sin in the Bible? According to the Bible, sex is for marriage.

While sex before marriage, or premarital sex, is not literally addressed in the Bible, this act does fall within the scope of sexual immorality.

If people obeyed the Bible’s message about sex before marriage, there would probably be fewer sexually transmitted diseases, abortions, unwed mothers, and unwanted pregnancies, and maybe far fewer growing children without both parents in their lives. Sex between a married couple is the only form of sexual relations that God approves.

What Does the Bible Say About Sex?

According to 1 Corinthians 7:2, wherein the correct form of sexual immorality is marriage. The Bible reminds us that sex before the wedding, or any sex outside marriage is immoral in a couple. Sexual union within marriage is set against degeneration.

And as I read Hebrews 13:4, it was tackled that both adultery and fornication contrasted with what happens in the marriage bed. Marriage and sexual intercourse within marriage are actually honorable. All other types of sexual activity are punished as immoral and bring God’s judgment.

One thing about God’s purpose for sex is that He has his blessing for us to multiply and produce more children. However, this will always imply to all married couples. And with Proverbs 5:19, which expresses the pleasure of sex.

According to 1 Corinthians 7:9, if unmarried people can’t control their sexual desires, it doesn’t tell them to head to their brother, boyfriend, or loved one; instead, they should marry each other first before committing to sexual activity. Remember that we should not satisfy our sexual passion with someone other than a spouse.

And as per Exodus 20:14, which is not committing adultery. It clearly states that adultery is a mortal sin that should not be performed. Sex is actually a powerful attachment that shapes and affects the relationship between a married man and a woman, as nothing else can. Sex is a holy mystery.

Marriage and the marking of the marital connection differ according to culture. Not surprisingly, the Bible does not mandate that all marriages be sealed in a church ceremony or with a state-issued license.

Biblical marriage always involves a distinct communal component regardless of period or place. It is first recognized in a couple’s decision to separate from their parents and cling to one another. With that step, they become a new family unit as members of human society.

Marriage is a public promise made by a couple to develop a solid and lasting partnership. That partnership is more than just a foundation for raising their own children. It also serves as a foundation for societal cohesion and contributes to the community’s overall well-being.

The Bible’s instructions concerning sex before marriage would greatly benefit society. As we can see, many couples are committing to premarital sex.

Marriage is essential to everyone, especially those who find true love. But some couples ended up living together because of different personal reasons.