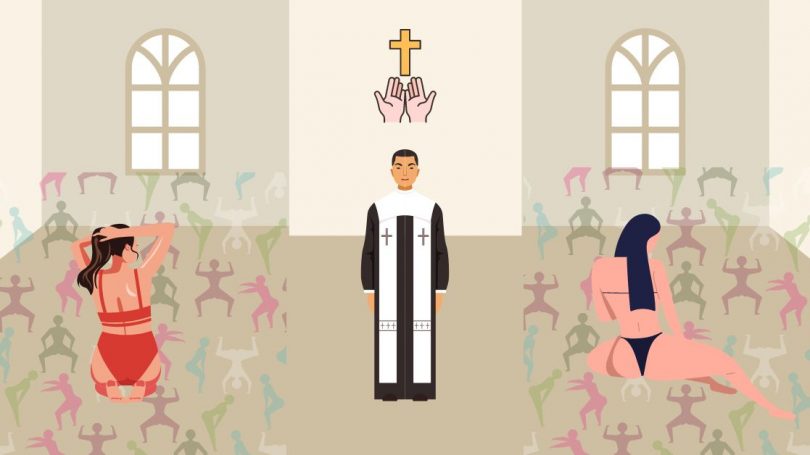 Some may claim that twerking is dreadful and demeaning since it frequently carries a negative connotation toward people who choose to twerk in clubs and because the dance technique is commonly seen as excessively provocative and unattractive. But you may want to know if twerking is a sin in the bible.

Twerking is a sexually provocative dance style characterized by quick, repeated hip thrusts and buttock shaking, particularly when crouching. The term “twerking” has come to refer to an openly sexualized form of dance in which the hips and posterior are moved in a frequently hypnotic and physics-defying bounce.

The act of watching someone twerk is not necessarily sinful; but, if seeing them makes you lust after them, it is wrong (assuming they are not your spouse, in which case lusting after them is acceptable but not biblically advised. Read the Song of Solomon).

Dances change with time. The dance craze of the future might not resemble the one of today at all. What, then, should be the Christian’s perspective on dancing, especially given how frequently styles change?

Why Twerking is Sexual?

Though it was utilized to choose partners, the origin of twerking isn’t always sexual. It is comparable to the West African dance known as Mapouka, which has been used as a form of celebration for many years. Strangely, the dance reportedly resulted in encounters with god.

In America, twerking as we know it today is heavily sexualized. It was born out of the late 1980s New Orleans Black community’s “hip hop” bounce music movement. The dance fad “The Twist” from the 1960s had a routine that had nothing to do with twerking.

What Does The Bible Say About Twerking?

Twerking is a dance. Although the term “twerking” may not be used precisely in the Bible, it does discuss the attitudes that underlie it. Many dances exhibit exquisite shapes and movements, making them beautiful to witness due to their genuine charm.

Moving your feet and body in a rhythmic manner is not necessarily bad. The Jewish dance was done separately by the sexes, according to one religious encyclopedia in different and unique companies.

The word “dancing” is used in the Bible to express delight or gladness emphatically, as in Psalm 30:11, “You have turned my sadness into dancing for me.”

There is no clear condemnation of dancing in itself in the Holy Scriptures. When dancers received divine disfavor, as in the example of the Israelites dancing in front of a golden calf, it was because of the idolatry involved, though there may also have been an element of abandonment in the dancing. Jehovah was dishonored by such dancing. —Ex. 32:1-35.

Dancing is generally not sinful. It is sinful because of its motive. Twerking and other lewd dance styles are not acceptable for Christians.

In Ephesians 5:3, “But among you, there must not even be a suggestion of immorality, whether it be sexual, immoral in any other way, or greed, for these,  are improper for God’s holy people.”