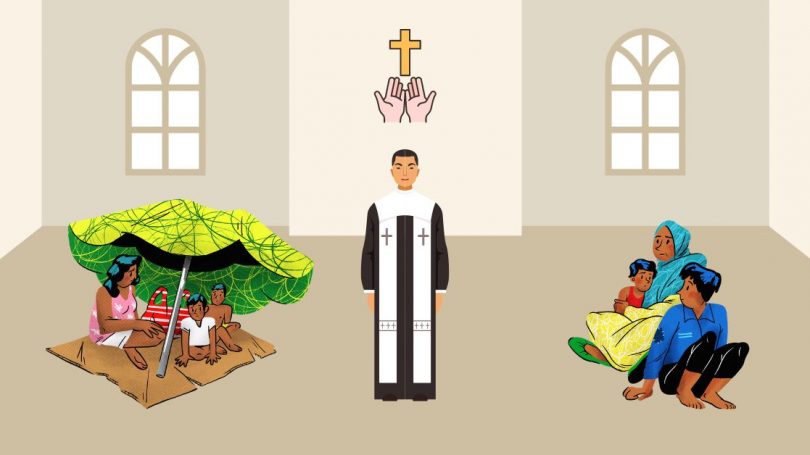 God neither created nor intended for you to live in poverty. We can infer from everything we know about God that He is a God of abundance. But does it mean that poverty is a sin in the Bible?

God’s plan did not include poverty. It came into existence when humanity veered off course. Adam and Eve didn’t realize they were also choosing poverty when they made the sinful decision. But what they received instead was poverty, along with pain, abuse, and injustice. And we are still dealing with the effects today.

Your own poor choices may be the cause of your financial issues. Or it’s possible that you’re experiencing unfair circumstances that are totally out of your control. But regardless of how you got there, it’s critical to understand that God created you for more.

The Bible’s Answer About Poverty

God never intended people to be poor. Poverty which is a type of material and spiritual slavery is explained numerous times in the Bible.  It is evident from Deuteronomy 15:4-6 that poverty is not necessary.

Why does God state to the people that “there need be no poor people among you”? Because the environment He gave us to live in and the land He gave us are both good.

God wants to give people plenty of resources, including food, money, and clothing. Keep in mind that everything in the world is God’s, and He gives it to us so we can meet our needs.

But, God does not promise to meet all of our physical needs regardless of what we do. Instead, He states that the blessing is contingent on obedience. God’s promise of provision is only valid as long as we follow His principles. Poverty results from sin, but obedience results in blessing.

Poverty is not always an indication of God’s displeasure. The poor can be entirely innocent (Proverbs 28:6) and wise (Ecclesiastes. 9:15). Other scriptures, however, warn us that inebriation, overindulgence, and laziness (Prov. 23:21), as well as chasing fantasies, can lead to poverty (Prov. 28:19).

The Bible also cautions about the dangers of certain temptations that are especially appealing to the poor. The most apparent temptation is to steal food. It can scale up to other types of criminal behavior motivated by a desire or need for money, such as gang-related activities, drug dealing, and so on. In turn, it highlights the reality of 1 Timothy 6:9-10.

The Scripture forbids another sin, the envy of the wealthy (e.g., Ps. 73). The 10th Commandment, which forbids coveting a neighbor’s possessions, is directly related to this.

The desire to bring down anyone ahead of oneself and take what belongs to them because they have more than oneself is the traditional definition of envy.

Envy and covetousness remain sins, regardless of how one covers this up in the language of “fairness” or “income redistribution.”

So why are the underprivileged considered blessed?

Poverty can be a result of bad decisions in life. And while it can be a challenging situation that can tempt you to do a sin, it is important to lean on God during these times.

In some cases, people suffer in poverty because people in their families, countries, or governments have sinned against them. It’s certainly unjust. However, sin is never acceptable, and victims are never justified in their mistreatment.

Regardless, Jesus came to free us from sin and its consequences, including poverty. God has a plan for your life, and pursuing it will set you financially free.