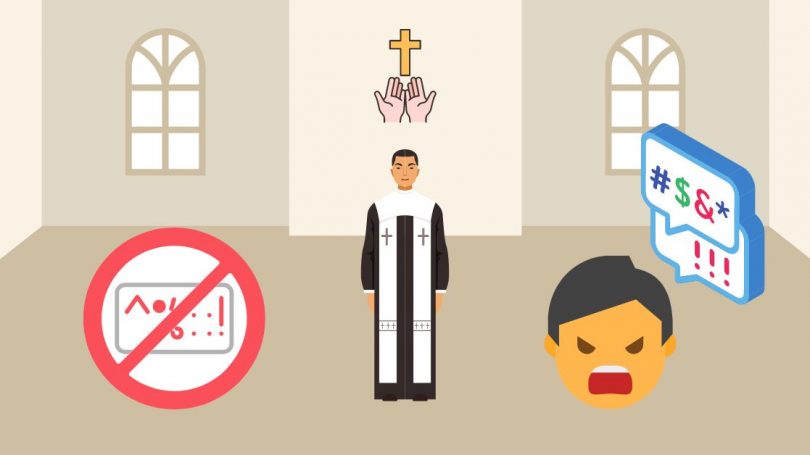 The topic of swearing and Christianity is hotly contested. Swearing is considered a sin by some, but it is not taken seriously by others. What then is the reality? Is Swearing a Sin in the Bible? Are Christians forbidden from using profanity?

Some will argue that we shouldn’t swear or use profanity. When the Bible seems to contradict itself, things can get muddled. The Bible cautions us to uphold the oaths we take in a few different places.

For instance, it is said that “when a man vows a vow to the Lord or swears an oath to bound himself by a pledge, he shall not break his word; he shall perform according to all that issues out of his lips.” – Numbers 30:2

What Does The Bible Say About Swearing?

No specific prohibition against swearing appears in the Bible. Though some texts imply that Christians should refrain from using profanity, others do not.

For instance, in Matthew 12:36–37, Jesus declares, “I warn you that individuals will be held accountable for every careless word they speak on the day of judgment. Your sentence will either be upheld or overturned based on the terms you use.

Swearing is ultimately the expression of evil in one’s heart. On the other hand, if our hearts are overflowing with God’s love, love for people, and love for His goodness, that is what we will communicate via our words.

The Bible has a lot to say about controlling one’s tongue as a Christian. Jesus made a point of stating in his sermons that a person’s words directly reflect their character. It says in Luke 6:45 that a man speaks what fills his heart. If a person’s words are always hurtful and bring out negativity, it shows that his heart is full of hate and bad energy.

Paul commanded in Ephesians 4:29, “Let no corrupt word proceed out of your mouth, but that which is useful for necessary edification, that it may impart grace to the hearers,” and John MacArthur has noted that this word “corrupt” refers to that which is foul or rotten, such as spoiled fruit or putrid meat.

Finally,  “For He who would love life and behold happy days, let him keep his tongue from evil and his lips from saying lies.” – 1 Peter 3:10

The concept of taking an oath is tied to a lot of the swearing in the Bible. When someone swears an oath, they are confirming their honesty, truth, and/or their intention to carry out the vow by making a serious proclamation invoking a deity, a sacred person, or something.

Today, when we vow to “speak the truth, the whole truth, and nothing but the truth, so help me God,” we are taking an oath in court.

In the time of Jesus, taking oaths was a common practice. In Matthew 5:33–37, the oath-swearing was expanded upon. The said verse emphasizes that oaths are sacred and should not be broken.

Swearing is a delicate and pernicious issue because it involves the sanctity of God, His name, and His power.

Sometimes we speak without meaning to, our words slip, or we fail to grasp the full significance of what we are saying. Other times, we act hypocritically or make commitments we don’t plan to follow.

We must never forget that our words have weight. According to Romans 12:2, we are obligated to live up to a very high level of morality (Phil. 4:8). Not words that demolish and curse, but ones that uplift individuals and the kingdom of God. “Avoid such godless speech, for it will lead people into more and more ungodliness,” is a further caution (2 Tim. 2:16).

Jesus said, “I tell you, on the day of judgment men will render account for every careless word they utter; because by your words you will be justified, and by your words, you will be condemned.” Keep this in mind when you speak or swear (Matt. 12:36).